Kids today, I tell ya

Ok, so I know everyone loves to hear personal stuff. Heck, its what makes Facebook so popular. so Info dump: 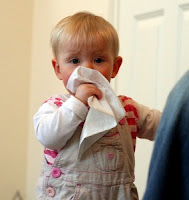 Last night upon picking up the daughter, we notice that the kid has a serious cold, runny nose, the works (thanks mallrats). We take her home, after a short stop at a drug store to purchase stock in Big Pharma. Take kid home, and listen to her whine about her chair, food, cats, television, not having milk, not having enough milk, not having all the milk ever made by a cow.
Anyhow, we get her settled in, actually get some pain reliever in her for the sinus trouble that comes along with colds. ("MY NOSE HURTS MOMMY DADDY")

*This is where things should calm down, and lead to her going to bed*

We are on the couch in the living room, trying to calm down from the shock and awe attack, when she shrieks from the bedroom. Running in, I find that she hurt her wrist, her head, and her back. How you ask?
Well, my sick Daughter decided that she would use the little chair she normally sits in as a slide. Rather the bottom of a slide. The top would be the bed. 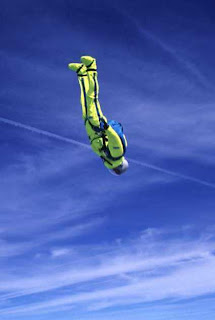 simulation of my daughters grand idea
She slid face first (assumption based on injuries sustained) into her chair. Then rolled, and hurt everything, all over the place.

Cue figuring out how to calm her down AGAIN. At some point we decide to take her to bed, which leads to a cavalcade of bad ideas from both me and my wife.


It was fucking three stooges, people.

Finally get her to bed, and asleep. (she actually yells at wife to "Go Away.") Then she wakes up again at midnight, then again at six. 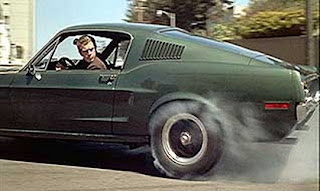 I finally pry myself out the door, and drive to work,


surprisingly quite relaxed at last.