Oh my god, I am getting old.(No kidding) 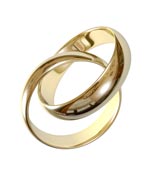 My wife and I realized this morning that our wedding anniversary was coming up on the 16th(or17th). Providence decided that we would always celebrate after receiving a paycheck. This past year has been a doozy. Without going into too much drama, we have had some serious 'discussions'. I have also dealt with a lot of humbling experiences, from losing my job, and my house, to dealing with a pretty fucked up knee, and the fun of high blood pressure medications, like some 80 year old.

When we first met, I was working in a start up that was going to re-write on line auctions with state of the art development. Year and a half later, I found myself out of work. We had to scramble, but soon I found better, and my technical skills became much more useful, as well as my ability to talk to people. I know, its weird that people actually don't listen much anymore. Especially in technology. It seems that the loudest voice carries the day, rather than the quiet one that mentions that the loud guy is talking about impossible things. But I digress.

I have always played around with my artwork. After having my child, I thought I would never have time for it again. I am glad that I have bit the bullet so to speak, and bought all the tools necessary to do some hard artwork. I'm going to start with just some light sketches, but I can tell that with a little time and humor, I can get things really moving on this. If it doesn't work out, I will still have enjoyed doing it, for arts sake (little cliché, but whatever).